Extracellular vesicles (EVs) include exosomes and microvesicles are shed from various cells. EVs express antigens and genetic molecules characteristic of their parent cells and play a central role in intercellular communication by transferring their "cargo" to target cells.
In recent years, our lab has contributed substantially to the field of research related to EVs. We exploring their various roles in the pathophysiology of pregnancy related complications, hematological malignancies (myeloma, AML), chronic graft vs. host disease (cGVHD), solid tumors such as breast, colon, and gastrointestinal stromal tumors, congenital disorders like thalassemia, and dementia. We have also explored the effects of EVs that are shed from cell culture upon stimulation on target cells functions.
Another area of our research focuses on the therapeutic potential of EVs, as we have made significant progress in our study investigating the use of EVs derived from CAR-T cells as a potential therapy for cancer.
In these studies, we demonstrated that EVs affect and reflect disease dynamics, and may be used not only for diagnosis and monitoring of therapy, but also as a mainstay of treatment. 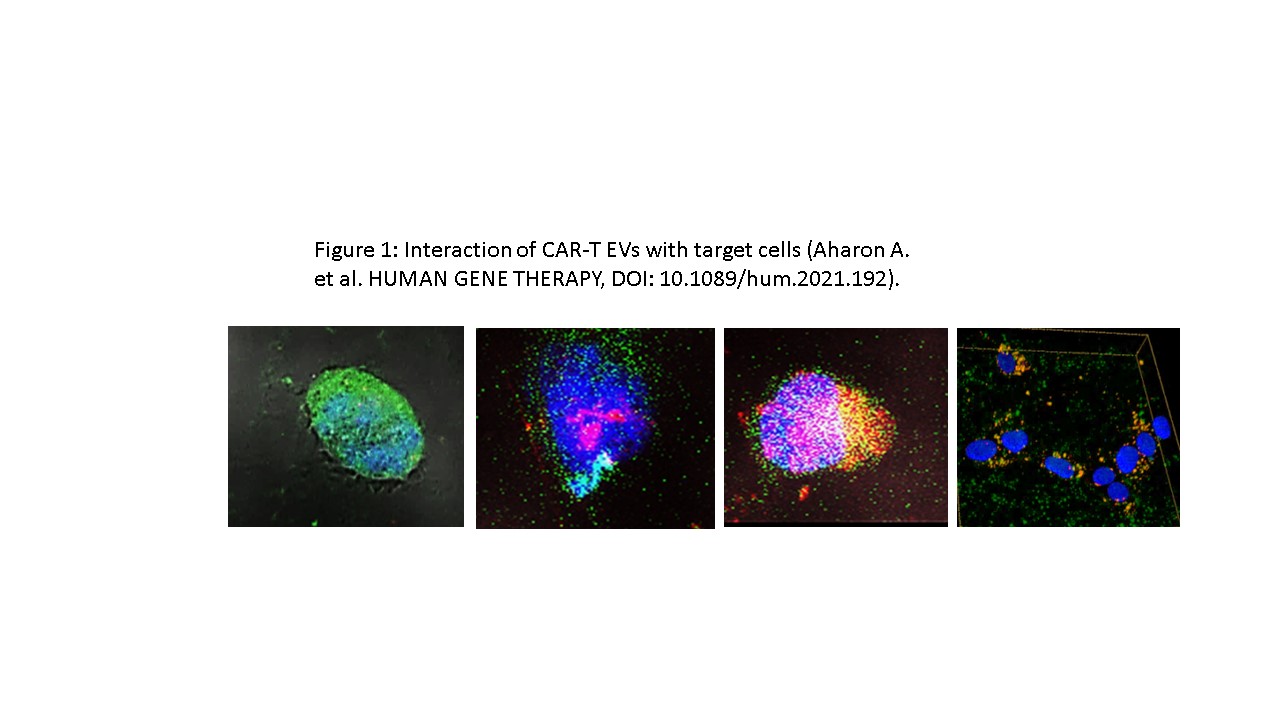 of inflammatory cytokines. EVs derived from CAR-T cells (CAR-T EVs) may preserve CAR-T activity and overcome one of the major obstacles responsible for CAR-T cell failure in patients with solid tumors. 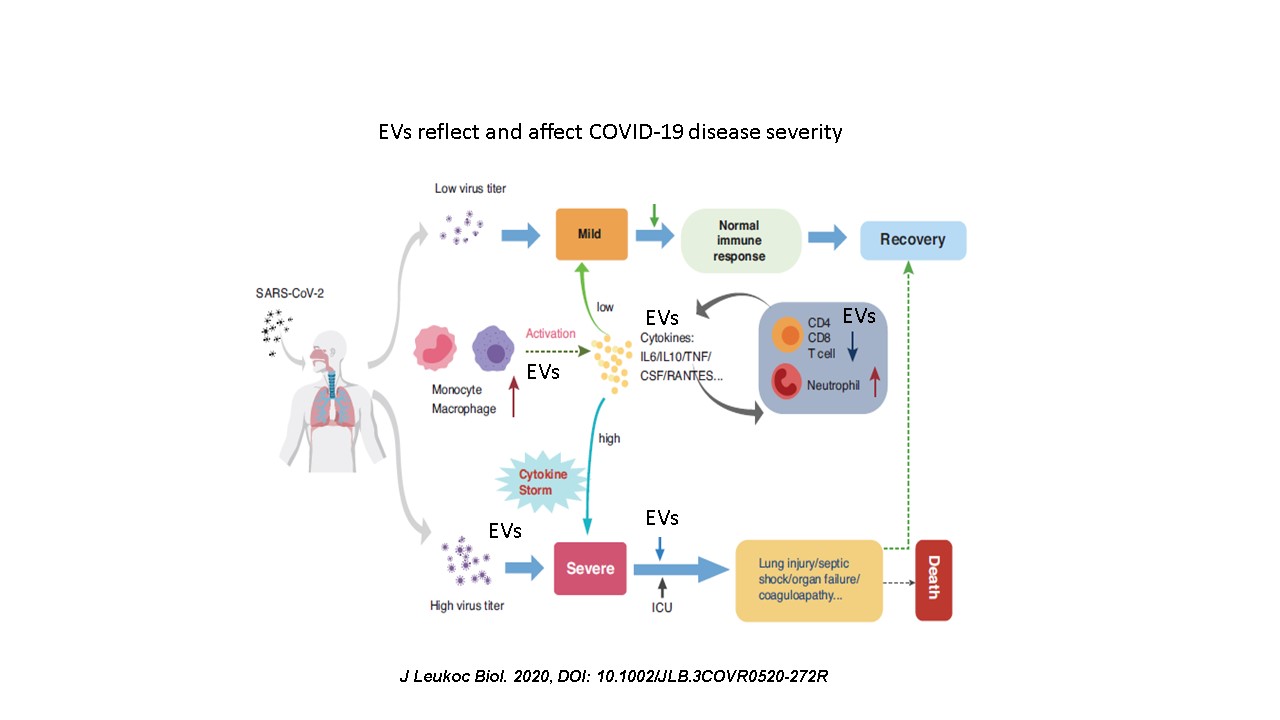 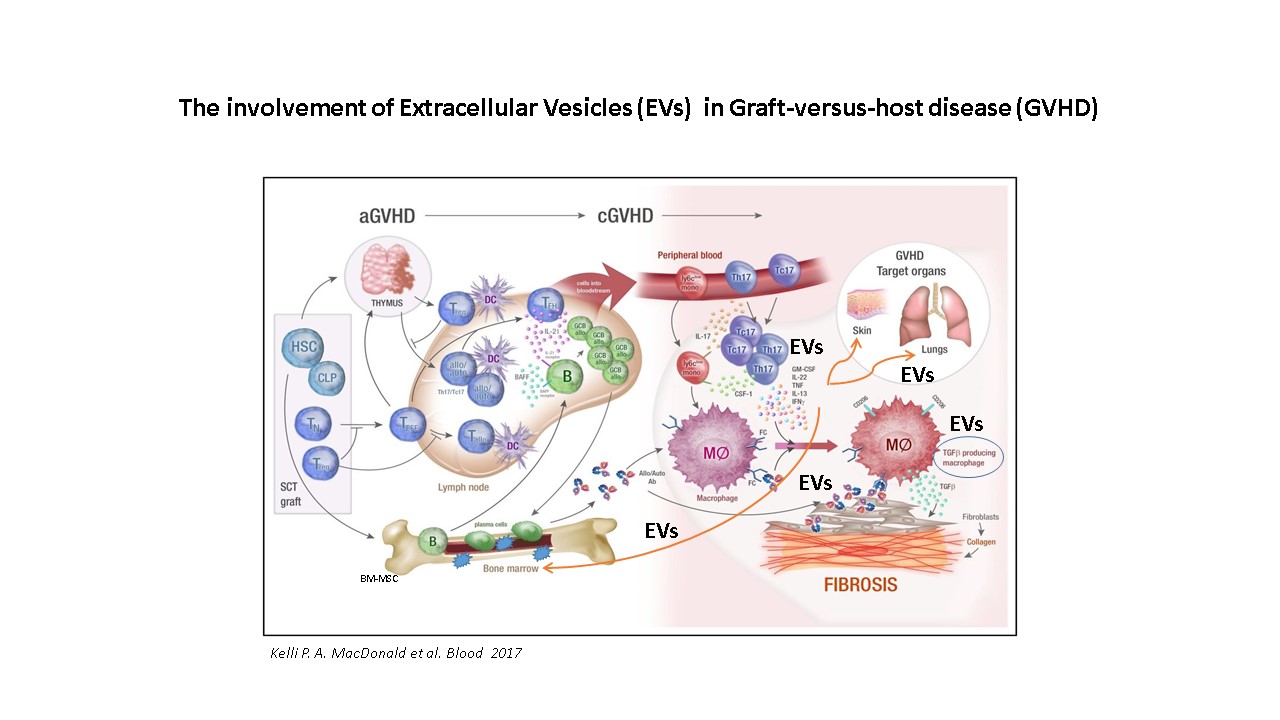 Graft-versus-host disease (GVHD) is the most frequent and serious complication following allogeneic hematopoietic cell transplant (HCT), a vital therapeutic option for a variety of hematological disorders. Mesenchymal stem cells (MSCs) are multipotent, non-hematopoietic stem cells involved in tissue repair and immunomodulatory responses that have been applied as a prophylactic agent in acute GVHD, but rarely in chronic GVHD (cGVHD). Placental-derived MSCs (P-MSC) modulate immune functions and are considered a promising therapeutic tool for GVHD.
We assume that the EVs generated by P-MSC may express immunosuppressive antigens such as those found on their parental cells and will therefore be able to deliver this “immunosuppressive cargo” to immune cells. Moreover, we assume that P-MSC EVs have the potential to limit inflammation and play a major role in controlling the inflammatory response that characterizes cGVHD while mediating the healing process in injured tissues. 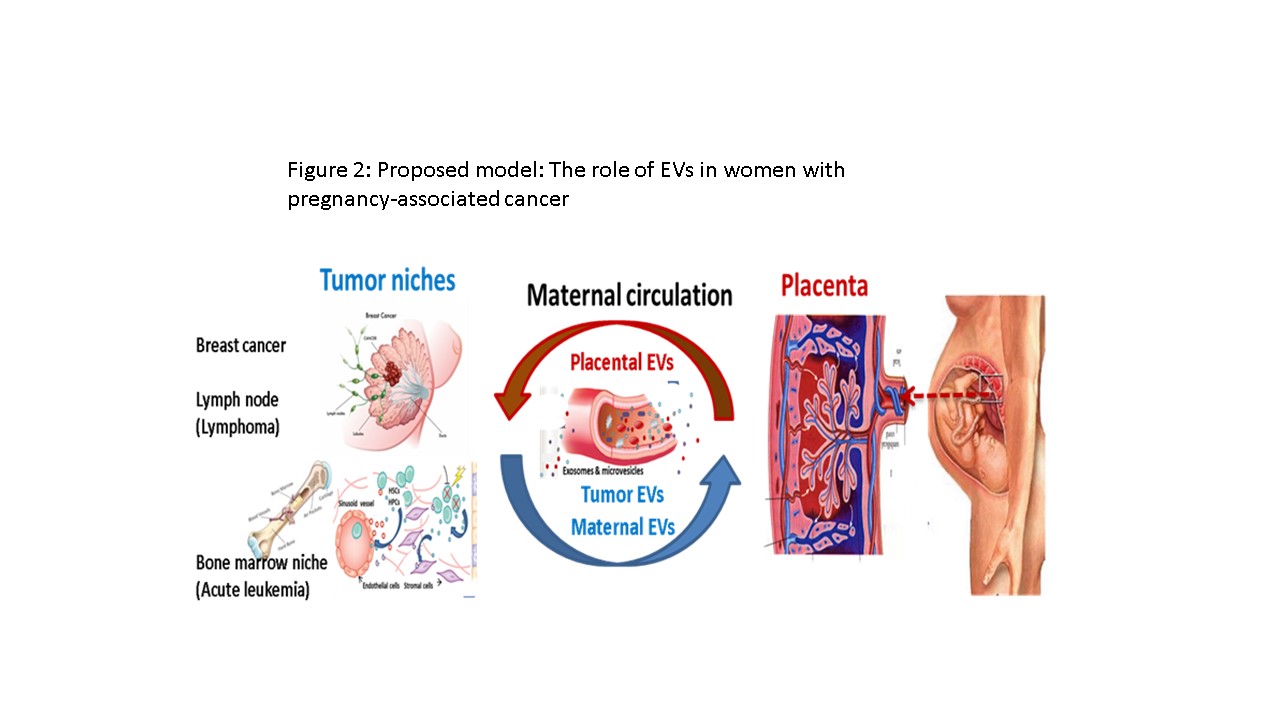 The role of placental extracellular vesicles in pregnancy-associated cancers.

One in 1000 pregnancies is complicated by maternal cancer. The most common pregnancy-associated cancers are breast cancer (PABC) and Hodgkins and non-Hodgkins lymphomas (NHL). PABC and NHL are usually associated with aggressive disease and shorter survival. PABCs are typically found at an advanced stage of pregnancy. They have a higher incidence of lymph node metastases and are poorly differentiated, resulting in a significantly poorer prognosis.
The placenta is a highly vascular organ lined with trophoblast cells which mediate maternal-placental crosstalk. EVs of human placental villous trophoblasts (HVT) can be detected in maternal circulation beginning at the 10th week of gestation. Placental EVs comprise ~10% of the EV population in pregnant women. Interestingly, the placenta exhibits several properties that are similar to those characteristic of malignant tumors, including a high rate of tissue proliferation, invasion, angiogenesis, and immune modulation.
We hypothesize that placental EVs promote the proliferation and migration of cancer stem cells (CSCs), altering the cancer microenvironment and immune cell function.
We propose a model whereby EVs that normally mediate placental-maternal crosstalk can also promote an oncogenic micro-milieu within the cancer niche. 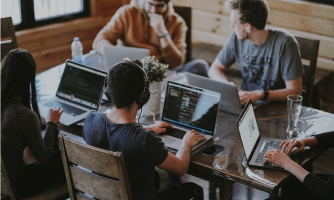